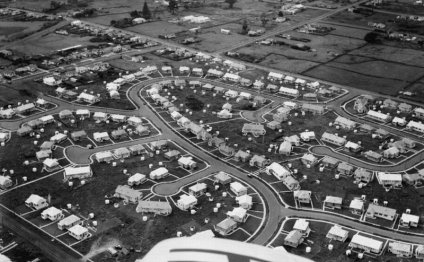 The landmark Seattle Housing Levy is on the ballot for renewal in August. Meanwhile, other Washington communities are following Seattle’s example and developing their own local tax initiatives to fund affordable housing.

In this issue of My View, I’ll review the Seattle Housing Levy’s past accomplishments and future plans. I’ll also talk about Bellingham’s Home Fund, the successful housing levy passed by its voters in 2012. Finally, I’ll share perspectives from people helping to carry that example forward in Thurston County, Vancouver, and Spokane County by building the case for housing levies of their own.

We know what works. These four words from Seattle Mayor Ed Murray speak volumes. Over the past 35 years, the achievements of Seattle’s taxpayer-supported housing levy have been profound. These include, when combined with other city funding, the creation and preservation of more than 12, 500 affordable homes, providing downpayment assistance for 900 low-income families, and providing emergency rental assistance for 6, 500 families.

“Expanding the Housing Levy is the most important thing we will do this year to support affordability in Seattle. We know what works—build more affordable homes for low-income families, preserve the affordable housing we have, and keep people from falling into homelessness—and we must renew our commitment and expand the levy so we can do even more.” -Mayor Ed Murray

“The Seattle Housing Levy has been the heart and soul—the foundational funding for affordable housing in the city, ” says Steve Walker. Steve, my former long-term colleague at the Commission, has served as director of Seattle’s Office of Housing since early 2014.

Beginning with the original bond issue to support affordable senior housing in 1981, and continuing with four subsequent levy successes, the levy “has a track record built on success and achieving the goals that voters put forward in each of those ballot initiatives, ” Steve says. "It’s recognized throughout the country as an amazing local commitment that few communities have been able to match.”

“It was clear that people supported it because they wanted to help others—and they knew there were people who really needed the help.”
GREG WINTER
Executive Director, Opportunity Council

The journey to passage began in 2008, when the mayor of Bellingham and the Whatcom County executive convened the County-Wide Housing Affordability Task Force (CHAT), a large multi-stakeholder group. Task force members met close to 50 times over the course of about two years, Greg says. CHAT ultimately published its findings, which included six major recommendations. Recognizing the need for housing for very-low-income households, the report suggested that this would require subsidizing that housing—and that a new source of local revenue would be necessary to help leverage other revenue streams like the LIHTC and Housing Trust Fund.

“But no one ended up breathing any life into it—until late 2011, ” Greg says. That’s when he and other advocates convened to look at the feasibility of getting a local housing levy placed on the ballot. This core group began meeting regularly in January 2012.

“We looked at the Seattle Levy as a model, ” Greg says. “CHAT had suggested, and our core group agreed, that the Seattle Levy scaled down to the size of Bellingham made a lot of sense.” Group members set their sights on building a coalition. They then sought City Council support to put the levy on the ballot—and secured that decision in June 2012. As soon as that was accomplished, they put a campaign team together.

How did they win the hearts and minds of the electorate? In the hundreds of conversations he had with voters at their doorsteps, Greg says, “it was clear that the reason people supported it was that they wanted to help others—and they knew there were people who really needed the help.”

A small army of volunteers—and a carefully crafted strategy

Still, lots of ‘someones’ needed to ring those doorbells. Doorbelling was the key strategy of the campaign, Greg affirms. A core group of about 100 volunteers canvassed every Bellingham neighborhood, connecting with thousands of people. “We ended up being under-resourced in terms of cash, so it was primarily a door-to-door campaign with a small army of volunteers and a very talented campaign manager, ” Greg says. (That manager, Dan Hammill, has since been elected to Bellingham’s City Council.)

Property-tax-funded levy
Projected to raise $21 million over seven years
In less than three years, the Home Fund has committed to help fund 238 units of housing and preserve 118 units of rental and transitional housing.
20% of the Home Fund is allocated to rental assistance and supportive services.
At least two-thirds of the Home Fund is dedicated to individuals and families at 50 percent AMI or less, with high priority given to projects serving those at 30 percent AMI or lower.
Includes homeownership for low-income families: downpayment assistance—now supplemented by a fund-matching partnership with us at the Commission— and construction of new homes. The latter is primarily in partnership with Kulshan Community Land Trust, to keep these homes affordable in perpetuity.
Rental housing commitments to date include:
Francis Place, which opened last summer in downtown Bellingham, provides 42 units of permanent supportive housing for the chronically homeless. It’s managed by the Opportunity Council as a successful mix of different populations, including young adults, older adults, and veterans. Financing included $550, 000 from the Home Fund and $7.6 million in tax-credit equity.
Bakerview Family Housing, a 50-unit apartment development for farmworker families undertaken by Catholic Housing Services, is slated for completion later this year. Funding for this $10.3 million project includes $1.6 million from the Home Fund and $2.2 million from the HTF, as well as $8.7 million in housing tax-credit equity.
The Eleanor Apartments, an 80-unit low-income rental development for seniors, which will be built in downtown Bellingham by Mercy Housing with the help of $1.8 million from the Home Fund. In April, the project won a $17.3 million allocation of housing credits from the Commission and should break ground later this year.

It included building a broad-based coalition that included houses of worship, labor unions, and the community’s hospital, PeaceHealth, which serves the entire city. “PeaceHealth’s endorsement of the levy was very effective in reinforcing the importance of affordable housing to the health of our community, ” Greg says.

Making a difference for those who need it most

When building the levy proposal, nonprofit housing providers participated in developing a plan that would be effective and feasible for Bellingham. “We wanted to propose a program that we had the capacity to deliver, ” Greg says. Less than four years later, the Home Fund is already meeting or exceeding its goals.

Thank you for visiting University Housing at Arizona State University. ASU is focused on making sure your educational and…