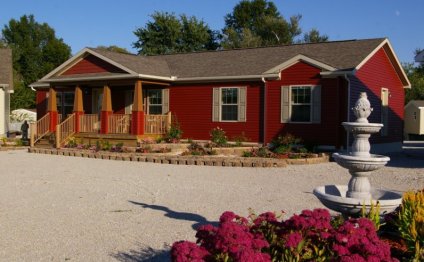 After my parents married they relocated into a tiny steel-sided truck at 28 Anna Marie Terrace in the Sky Harbor trailer park, away from Genesee St. in Cheektowaga. When I was about five they bought an aluminum sided 12' large mobile home which was kept in great shape through to the elderly lady that lived there passed away (around 2000). It then changed fingers many times and started initially to falter. From approx. 2006 to 20011 it had been vacant. Late summertime of that 12 months, on the road straight back from a motorcycle visit to visit my aunt, I was saddened to see the great deal empty. We spent one hour thinking and poking all over stones that were the foundation for my childhood home for many many years. An older gal, Frances Schick, came to see what I became performing. She told me the old truck have been demolished at that moment a couple of months before. ( i'd have offered $$ the solitary pane of cup back at my old bedroom screen that however had stickers I experienced put indeed there very nearly 40 many years before representing the Buffalo Braves Basketball group, now the L.A. Clippers, and NHL's Buffalo Sabres.) As we chatted we unearthed that the woman girl, Cheryl, have been among my babysitters!

We vividly keep in mind most of the pals and households whom lived there: Elmer and Betty Luvender (their particular boy, Jimmy died around age 50 a couple of years right back), Bill Mumm, Tom and Mary Trent on Tammy Lane (daughter Corinne and boy, John).

My youth pals just who lived there included Jay Bowers (which relentlessly picked on me personally) and David Musella. Jay's mother nonetheless lives in identical mobile home they moved into during the early 1970s. David, I think, is on Twitter.

We decided to go to Bowmansville Elementary class from 1968 or so until 1974 when we moved to AZ in the center of my sixth-grade 12 months. Regrettably, the school which was on Genesee St., not any longer exists. I would want to know very well what occurred to some of my educators like skip Nicholas (kindergarten), Mrs. Fogerty (very first class), Mrs. Marcus (2nd quality), Mrs. Johnson (third quality), Mrs. Bloomquist (fourth grade), and Mr. Vince Tibollo (sixth grade). In terms of Mr. Tibollo, I recall him declaring toward entire course (once I had smarted down) "Tony, you've got more crust than a loaf of bread!" Once I created and used a paper hand to help relieve any risk of strain of keeping my supply lifted while I waited for Mr. Tibollo to turn to me personally, he said, "Tony, what is that??!!" When I told him, he was so amused that he pulled me off course and took myself over the hall to another sixth grade class whereupon he interrupted both showing the other teacher the thing I had done!